Whether an individual, small business or a large corporation, one thing is paramount at Semenza Kircher Rickard – OUR CLIENTS COME FIRST. Our passion is to provide the best representation possible by understanding our clients and their specific needs. We are experienced in litigating cases in Nevada’s state and federal courts at both the trial and appellate levels, before various government entities and in private arbitration. Importantly, we are regularly recognized by our peers as being some of the top attorneys in our fields of practice.

While no two cases are alike, the common denominator in all litigation is advocacy. The attorneys at Semenza Kircher Rickard are first and foremost legal advocates. Adopting a team-based approach and benefitting from a combined total of more than thirty-five years of experience, there is little the partners at Semenza Kircher Rickard have not faced in the field of litigation. This professional experience includes work with many high-profile clients including Wynn Las Vegas, MGM Resorts International, Stations Casinos, and Landry’s Incorporated. While commercial litigation is our primary focus, our attorneys regularly represent everyone from Fortune 500 companies to individuals in a wide variety of legal matters. 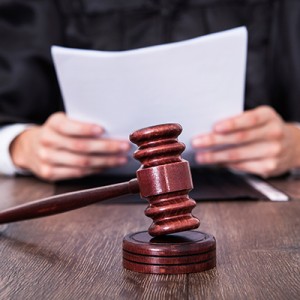 Our attorneys have successfully resolved cases involving breach of contract, business torts, landlord/tenant, real estate, mechanic’s liens and other construction matters. We always strive to provide the best results possible in an efficient and cost-effective manner, while maintaining the utmost standards of professional integrity. 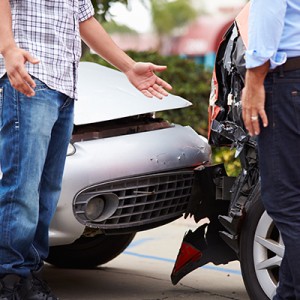 Our attorneys defend personal injury cases on behalf of businesses both large and small. Because we represent both plaintiffs and defendants in these types of matters we believe that our experience gives our firm an advantage in knowing how the opposing side may litigate a case. When defending a personal injury action, we make sure our clients have the necessary information concerning the strengths and weaknesses of their case to make informed decisions early on in the litigation. This helps to ensure that they receive the best possible resolution. 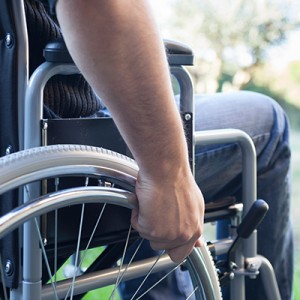 Whether you have been hurt in a car or motorcycle accident or injured by someone else’s negligence or intentional act when not on the road, we can help. We understand that an accident is a traumatic and unique experience for each person. One of our goals is to protect the rights of injury victims while minimizing the pressure and stress of dealing with a personal injury lawsuit. Importantly, our firm takes the time to understand your individual needs to better provide you with personalized service throughout the process. 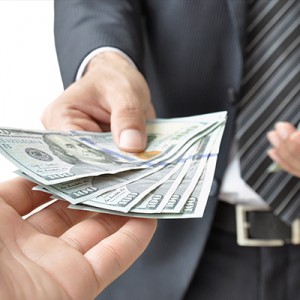 Semenza Kircher Rickard is well seasoned in litigating high value collection cases and we represent a number of large gaming corporations in this area of the law. By way of example, if someone has written you a “bad check” or generally owes you money, our attorneys have the knowledge and skill to litigate these types of cases not only to judgment but to seize assets to satisfy the judgment.

L.J. earned his undergraduate degree from Loyola Marymount University in 1996, obtaining his Bachelor’s Degree in Political Science with a Minor in Business Administration. He was a member of the Dean’s List from 1994 to 1996. In 1999, he received his Juris Doctorate degree from Loyola Law School in Los Angeles. He was also a Western Interstate Commission on Higher Education Scholarship recipient from 1997 to 1999. L.J. is licensed to practice law in Nevada and California. He is also admitted to practice in the United States District Court for the District of Nevada and the Ninth Circuit Court of Appeals.

Upon graduating from law school, L.J. clerked for the Honorable Philip M. Pro with the United States District Court for the District of Nevada and served as a part-time faculty member at the University of Nevada, Las Vegas where he taught Business Law. In 2001, L.J. joined the law firm of Lewis & Roca, LLP (now Lewis Roca Rothgerber Christie), where he worked as a litigation Associate in both state and federal courts. In 2003, he joined Brownstein Hyatt Farber Schreck, LLP (formerly Schreck Brignone), becoming a Shareholder in 2008, where he built a successful commercial litigation practice focused primarily on hotel/casino clients. In January 2011, L.J. began his own law firm, where he continued to maintain a diverse legal practice in commercial litigation, personal injury, mechanic’s lien litigation, gaming patron disputes and collection matters.

L.J. is rated AV Preeminent by Martindale-Hubbell, which is the highest level of professional excellence. He has also been recognized as a Super Lawyer for the Mountain States from 2013-2016, a Super Lawyers Mountain States Rising Star (for attorneys under the age of 40) in 2009, 2011 and 2012 and one of Southern Nevada’s Top 150 Attorneys in 2012 as published in Nevada Business Magazine. 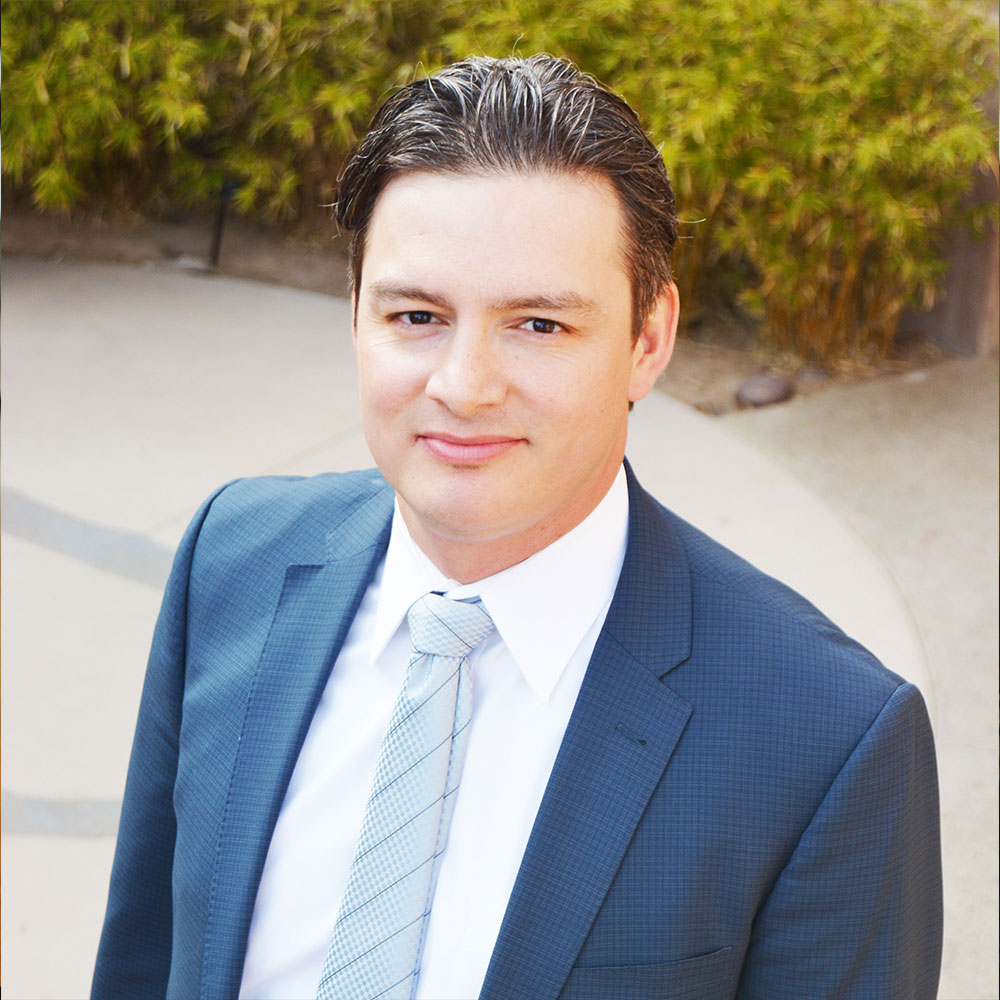 Chris is a co-founder and partner in Semenza Kircher Rickard. Chris has represented individuals and companies in a variety of matters, from personal injury cases to complex commercial disputes. In addition, Chris has assisted clients in business transactions, such as drafting and negotiating contracts. Chris is licensed to practice law in Nevada, the United States District Court for the District of Nevada and the Ninth Circuit Court of Appeals. He is regularly recognized as one of Southern Nevada’s Top Attorneys by Nevada Business Magazine and a Super Lawyers Mountain States Rising Star. The Rising Star distinction is reserved for the best attorneys who are 40 years old or under.

Chris was raised in Southern Nevada and obtained his Bachelor of Science Degree from the University of Nevada in 2004. He graduated from the UNLV William S. Boyd School of Law in 2008 in the top 15% of his class. In 2006, he participated in the Penn State Dickinson School of Law Capitals of Europe Program, studying international trade law and comparative law throughout Europe. During law school, Chris externed for the City of Las Vegas in the City Attorney’s Office. He also externed for the Nevada Attorney General’s Office. During his externships, he gained a great deal of civil and criminal experience, including performing appellate work.

Prior to joining Lawrence J. Semenza, III, P.C. in 2013, Chris was an Associate in Brownstein Hyatt Farber Schreck, LLP’s Las Vegas office, where he represented individuals, governmental entities and business entities, including gaming companies. He counseled and assisted clients extensively in contract disputes, casino collections, mechanic’s liens, landlord/tenant issues and defended public entities against claims of constitutional violations. Since joining L.J. Semenza, together they have grown a diverse law practice.

Chris has participated in the UNLV William S. Boyd School of Law Mentor Program, been a guest speaker at the law school, provided pro bono legal services through the Legal Aid Center of Southern Nevada and volunteered with Helping Hands of Vegas Valley. In addition, he participated in the City of Henderson Police Department Citizen Academy in 2014, where citizens experience a condensed and informal version of the police academy and gain insight into the life and training of a law enforcement officer. 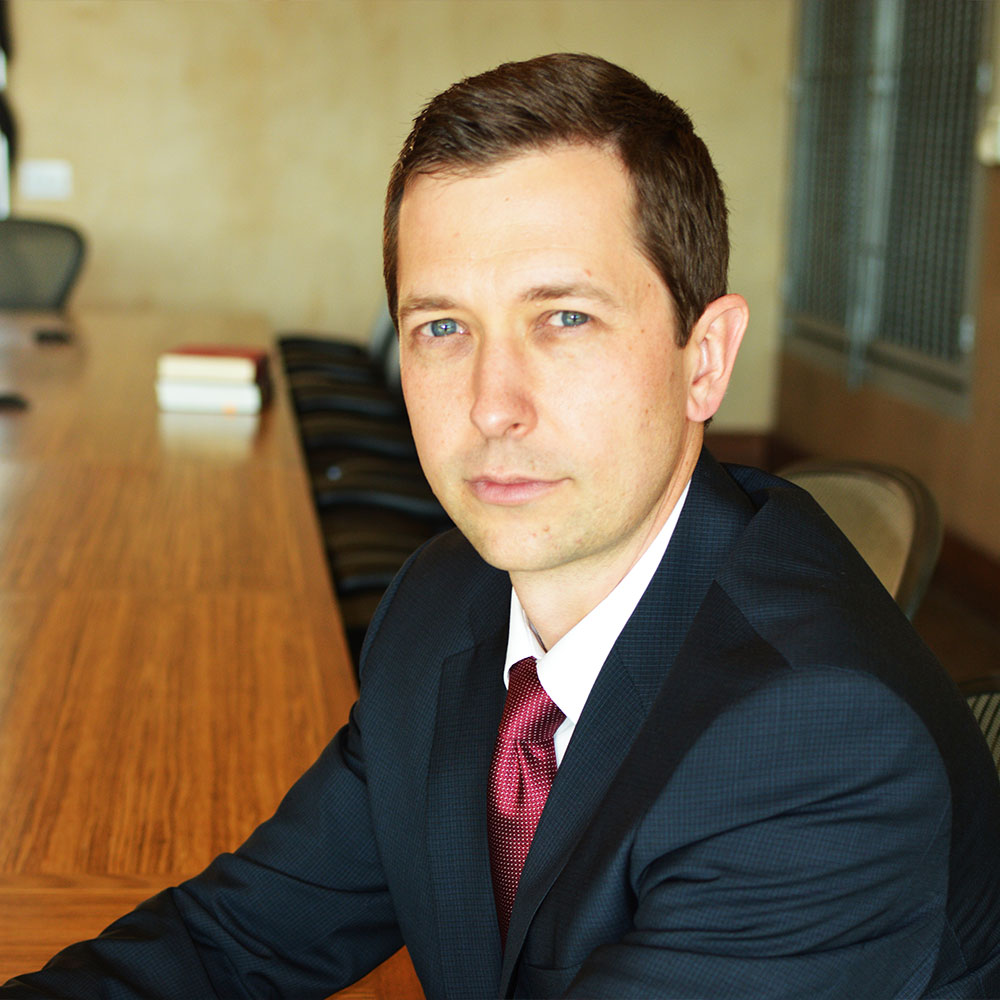 A co-founder and partner in Semenza Kircher Rickard, Jarrod is a skilled litigator with extensive experience representing both defendants and plaintiffs in a wide variety of disputes, including commercial litigation, land use, employment law, constitutional challenges, landlord tenant, collections, and personal injury in federal and state trial courts, as well as in private arbitration proceedings. Jarrod’s cases have included, among others, claims involving breach of contract, fraud, breach of fiduciary duty, tortious interference, non-competes, trade secrets, negligence, shareholder direct and derivative claims, and intellectual property disputes, as well as judicial review of local land use decisions. Jarrod also has extensive experience representing clients in appeals before the Nevada Supreme Court and Ninth Circuit Court of appeals as well as before local and state government bodies and officials.

A Martindale-Hubbell AV rated attorney, Jarrod has been consistently recognized as a Mountain State’s Super Lawyer as well as one of Southern Nevada’s Top 150 Attorneys by Nevada Business Magazine. 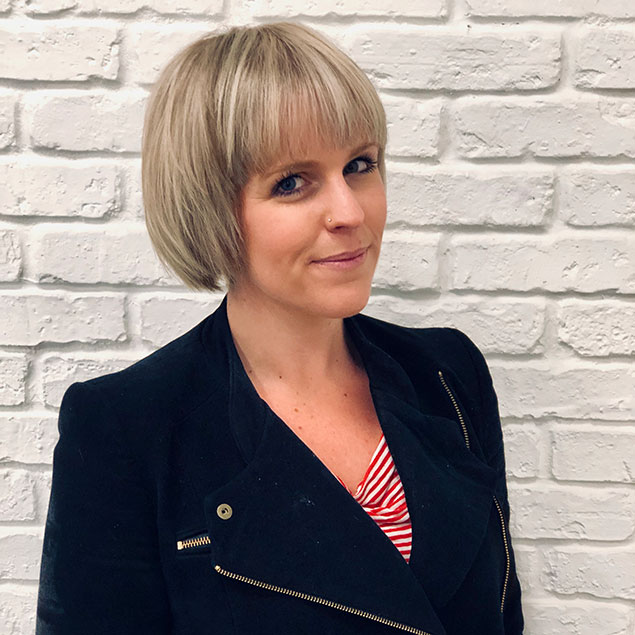 Katie graduated summa cum laude from University of Nevada, Las Vegas in 2014, obtaining her Bachelor’s Degree in Journalism with a Minor in Political Science. Shortly after graduating, she was awarded the Calvert Award for Undergraduate Research for her thesis that analyzed jihadist internet communications and propaganda strategies. In 2018, Katie received her Juris Doctorate degree with honors from UNLV’s William S. Boyd School of Law. During her time at Boyd, she served as a Lead Articles Editor of UNLV’s Gaming Law Journal, and earned CALI Awards in both gaming law and comparative gaming. She also worked with the Thomas and Mack Legal Clinic’s Education Advocacy Program, advocating for the educational rights of children with disabilities in the public school system.

Upon graduating from law school, Katie completed an internship with Aristocrat Technologies where she worked on global gaming strategies and new markets. She now works as an Associate at Semenza Kircher Rickard, assisting in the representation of both defendants and plaintiffs in a variety of disputes, including collections, commercial litigation and personal injury. 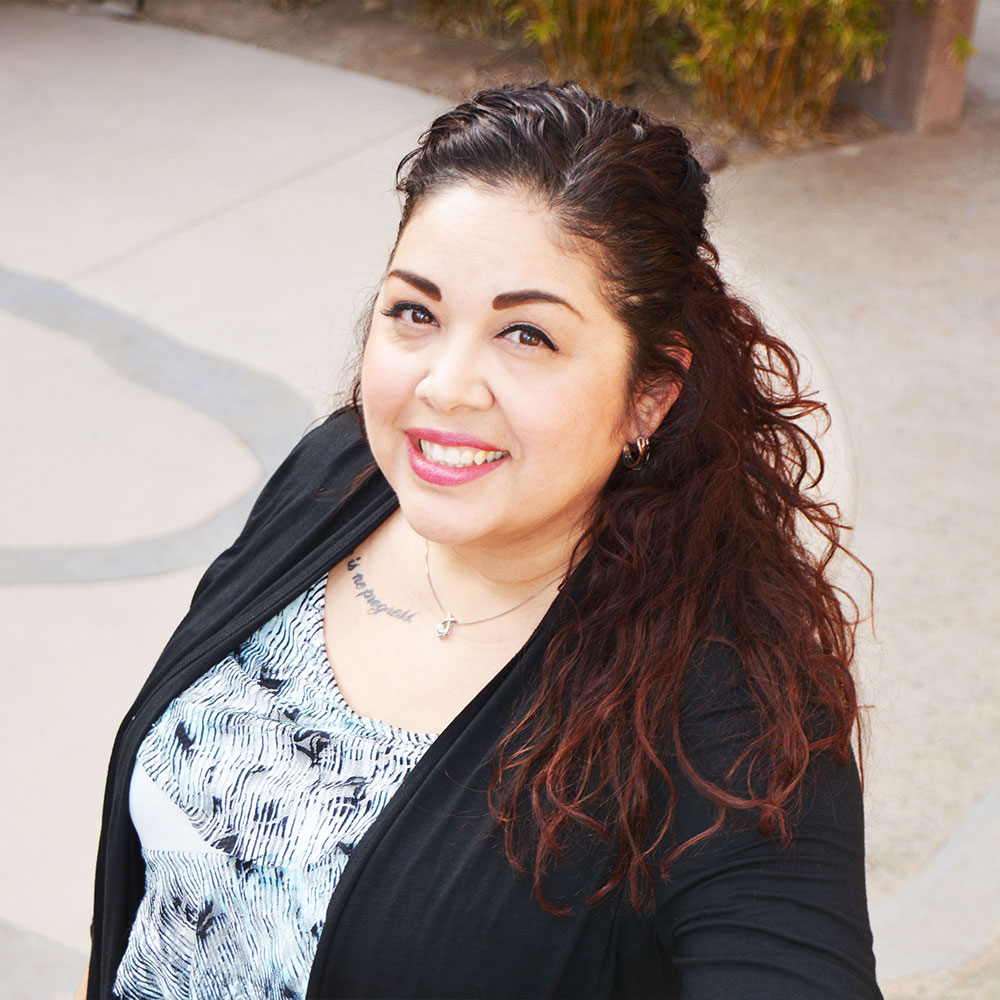 Olivia obtained her Associates of Arts Degree in Paralegal Studies from Las Vegas College in 2001. During this time she was an Extern for Thomas E. Crowe PLC where she gained experience in both the litigation and bankruptcy fields. From 2002 to 2006 Olivia was employed as a Paralegal for the Law Offices of Louis M. Minicozzi, II working in the areas of civil litigation, bankruptcy, personal injury, family law, criminal law and traffic. From 2006 to 2011 Olivia was employed as a Secretary for Brownstein Hyatt Farber Schreck, LLP where she performed a variety of legal tasks relating to civil litigation, employee benefits and bankruptcy. In May of 2011, Olivia left Brownstein Hyatt Farber Schreck, LLP to work with L.J. Semenza as a paralegal.

Olivia is also a Notary Public for the State of Nevada. 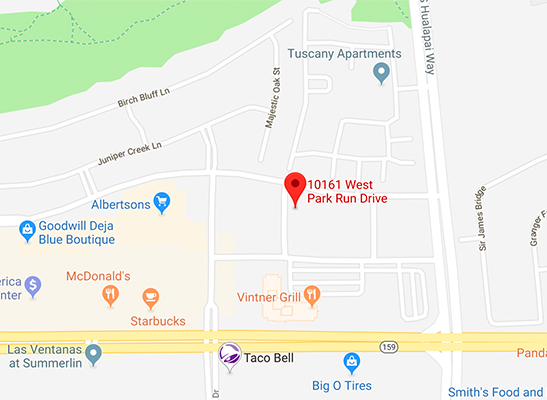